SYMPTOMS AND CAUSES OF ANKYLOSING SPONDYLITIS

The first symptoms of ankylosing spondylitis are usually pain and stiffness in the lower back and buttocks. However, sometimes, the pain may start in the neck rather than the back, especially in women.

Pain and stiffness may only be felt on one side or on alternate sides. Usually symptoms appear gradually, over a few weeks or months. It’s important to note that ankylosing spondylitis varies from person to person, and the onset of symptoms does, too.

Early signs of AS include:

The pain AS causes lasts longer than three months, and you might notice the stiffness and pain are worse after you’ve been resting or sitting.

If any of these symptoms sound familiar, it’s a good idea to talk to your doctor. Over time, AS can start to worsen. It may even begin to restrict your spinal movement and, in more severe cases, cause fusing of the spine.

Other areas where AS can affect you

AS often affects the area where connective tissues, such as ligaments and tendons, attach to bone. This area is called the enthesis. Enthesitis is inflammation at those areas. Click or tap on the hot spots to show where AS can affect you.

Ankylosing spondylitis can also affect your thighs, feet, and heels.

Scientists believe that other causes of ankylosing spondylitis may include:

Other signs of AS

If you have any of the following problems in addition to back pain and stiffness, make sure to tell your doctor.

This information could be helpful to your doctor when ruling out or diagnosing ankylosing spondylitis.

HELP US GUIDE YOU

Let us help you get the information
you're looking for.

Have you been diagnosed with
ankylosing spondylitis?

Since you answered “yes,” you might
want to check out

Since you answered “no,” you might
want to assess your symptoms and 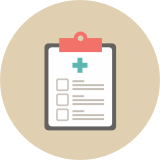 TAKE THE AS
SYMPTOM QUIZ

Find out if your back or neck pain and stiffness could be ankylosing spondylitis and then talk to your doctor about your symptoms. 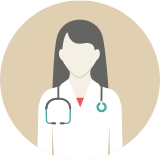 If you have symptoms that suggest AS, first talk to your primary doctor. Your doctor may recommend you see a rheumatologist.

If you have any questions about this AbbVie Inc. website that have not been answered, contact us.